Richard B. Yeilding has 25 years of retail experience and 18 years of commercial real estate experience.

Richard started his career in retail after finishing his education at Birmingham-Southern College. At the age of 29, Richard became President of Yeilding Inc., a multi-line department store that was a significant part of the Alabama retail landscape for 120 years, and served as Chief Executive Officer from 1978-1996.

How Richard Yeilding Is Taking

Retail To The Next Level

Birmingham, AL (January 31, 2020) Richard Yeilding was in college when his older brother died in a tractor accident while clearing family land in Shelby County. He was preparing the site for a new children’s summer camp he had planned to open in two months........ 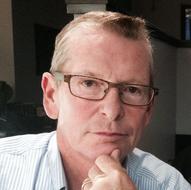 Richard joined Colonial Properties Trust in 1997 where he was involved with Acquisitions, Development, and Merchandising in the Retail Division. There, Richard studied every major Sunbelt market and led $500,000,000 in acquisitions. He was also a member of the team that acquired, developed, managed, and strategically sold $2.0 Billion of retail assets. Mid-America Apartment Communities acquired Colonial in October 2013.

Yeilding represents several full-service and fast-casual national and regional restaurant groups and has closed over 30 outparcel transactions in the last 5 years.

Richard’s success in business is complemented by his active participation in the community. He has held volunteer positions and served on the boards of Brookwood Hospital, Lakeshore Hospital, St. Luke’s Episcopal Church, Rotary Club of Birmingham, Shades Valley YMCA, AmSouth Bank-Birmingham, United Way, Young Presidents Organization (YPO), served as the National Alumna President and is currently a Trustee at Birmingham-Southern College.